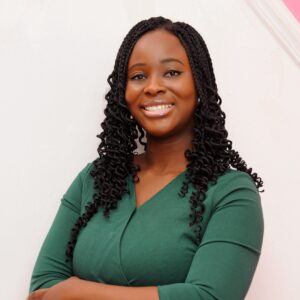 Tolulope Osewa is a senior copywriter, author, and serial entrepreneur. She started writing in primary school and has since written for several brands. She founded WritersOccupy, a blossoming content writing agency that helps brands and individuals create compelling content. Tolu is also the President of Daughters of Sarah, an NGO that helps women maximize their full potential and fulfill their true purposes. Tolu is a wife and mother of three who loves spending time with her family. She enjoys helping people find the light, and she loves reading books on ministry, womanhood, and leadership.

4 strategies to protect your savings from inflation

With such a high cost of living it goes without saying that many people need to find ways to save money wherever possible. So much so that some may even decide to cash in their retirement fund from their previous workplace and put that money somewhere safe – in case of emergency – and also invest it in a way that will hopefully grow the value exponentially over time.

Saving is becoming increasingly difficult to do safely with rising inflation so in this article we will explore four strategies to protect your hard-earned savings from inflation.

What is the cause of inflation? Inflation explained

Inflation is a general increase in the price level of goods and services. When inflation goes up, each Pound buys less than it did before. Inflation is a real drain on our economy and can be very disruptive to the lives of people who have little money to begin with.

The causes of inflation are complex but can be explained by supply and demand. If more money is being printed, there will be more money in circulation. This translates to higher demand, which means prices go up and each Pound, Dollar or Euro will buy less than it did before.

Inflation is a major factor in the purchasing power of money – diminishin its buying power. The rate at which this occurs varies by country, economy and central bank policy.

Let’s take the US Dollar as an example. Its purchasing power has dropped by over 96% since 1913 when the Federal Reserve was created and began issuing Federal Reserve Notes (called U.S. dollars). This is because the Federal Reserve has been creating more and more dollars each year to pay for government spending on programs such as welfare, which increases prices by increasing demand in the economy without a corresponding increase in supply.

Inflation is an important concept in macroeconomics and measuring inflation is one of several key indicators economists use to determine whether an economy is growing or shrinking, and whether monetary policy needs to be adjusted.

An increase in inflation indicates that there is an increase in the amount of money circulating through a country’s economy and that the goods being distributed for current demand levels are less than the demand.

Conversely, deflation indicates a decrease in the money supply thus decreasing the demand for goods compared to existing levels. This results in each Pound, Dollar or Euro becoming worth more as prices fall relative to incomes. Deflation also increases the real burden of debt.

Is inflation good or bad?

Inflation can be seen as both good and bad. While inflation may be good for debtors, such as governments and individuals with fixed incomes, who benefit from paying back their debt in cheaper currency units; it causes hardship to creditors who are forced to receive less valuable units from their debtors. As a result inflation can be regarded as a redistribution mechanism that benefits borrowers and penalises lenders.

The consequences are mostly felt by those who don’t have lots of money. Inflation increases the cost of rent, food, utilities, and almost everything else priced on a daily basis. People with lower incomes tend to spend more on things like rent or food than they do on personal items like clothing or electronics.

Monetary policy can be used to combat inflation by raising interest rates in the hope that the higher interest rate will discourage investment and spending. The problem with this approach is that it discourages the spending on which economic growth depends, so it is not effective in the long run.

How does inflation hurt your savings?

Inflation is a type of hidden tax that makes your savings worth less over time. Your savings are worth less because your money is losing value each year to inflation.

For example, if you have £1,000 in a savings account today and the inflation rate is 3%, then you will only have £970 next year because the value of your money is shrinking each year. You will have to save more money or work longer just to break even with inflation.
If you withdraw your money during an inflationary period, the amount of money you actually receive will be less than what you put into it. This is because inflation increases the amount of your money that you need to pay in taxes. In other words, while the value of your investment might have grown, you actually receive less in real terms because of the higher taxes. One of the most prominent examples of this being the stock market crash of 1929. During that period, the Dow Jones lost 80% of its value. Although, if you had invested at the peak of the market, your investment would have lost even more.

4 strategies to protect your savings from inflation in 2022

There are a few strategies you can use to protect your savings from inflation.

If you have a large amount of money saved up, then it is a good idea to invest it somewhere safe where it will not be affected by inflation. This could be in government bonds, real estate, precious metals like gold, or something else.

Instead of keeping cash, you can also consider putting part of your savings in cash equivalents like money market funds, checking accounts, CDs, and short-term savings accounts. It is important to remember that any investment will be affected by inflation to some extent, but you can protect your savings by diversifying your portfolio.

Stable investments are things such as government bonds, treasury bills, or money market funds. Investing 80% of your money in stable investments is a good rule of thumb because it allows you to benefit from the interest and growth while minimizing the risk of loss. It is important to remember that while government bonds and treasury bills are considered very safe and stable, they will still experience some level of inflation.

3. Don’t reinvest until you rebalance your portfolio

Another way to protect your money from inflation, if you are investing, is to avoid reinvesting your profits until you have rebalanced your portfolio. When you make a profit, it is a good idea to take some of that money out of your investment and put it somewhere safe, such as a money market fund.

However, it is also a good idea to take a little bit out of each of your investments to ensure you don’t put all your money into one or two investments that may be doing well. This a way to rebalance your portfolio. You don’t want all your eggs in one basket.

Diversifying your portfolio is another way to protect your money from inflation. Diversifying means spreading the money out into different kinds of investments.

For example, if you have £50,000 saved up and you invest it all in government bonds, it could be devastating if the government goes bankrupt and can’t pay off its debts. If this happens, the value of those investments will drop significantly because they are dependent on the government’s ability to pay its debts back.

However, if you diversify your portfolio by investing £20,000 in a bonds or savings account, £20,000 into precious metals like gold or silver coins (or both), and £10,000 in stocks, then you will be protected against the risks because most likely these other investments won’t be affected by how well the government does at paying off its debt.

Many people think that they need to invest their savings in the stock market in order to grow their money. While this is a good idea, you can also find other high risk ventures that will allow your money to grow while mitigating your loss risk.

Auto-investing in crowdfunding campaigns are one of many ways you can potentially yield a very high return on your savings. Read here to understand more about the benefits and risks of crowdfunding investment.

Investing in things that are outside of your daily life can help you to see money as something more than just a way to survive. This can help you to become less attached to your investments, as well as make you less likely to become emotionally invested in something you know nothing about.

Once you have come up with a methodology for investing your money, it is important to stick to it. Inflation can be insidious, so you need to be diligent about watching the trends and regularly rebalancing your portfolio to account for changes in the market. 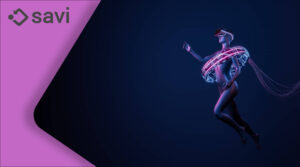 How NFTs are changing the world of cryptocurrency?

Non-Fungible Tokens are a new type of digital token that has recently been gaining popularity with the broader crypto community. They also 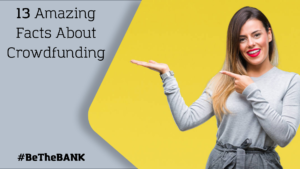 Did you know that crowdfunding has raised more than $34 billion for entrepreneurial projects only in the past six years? Or that 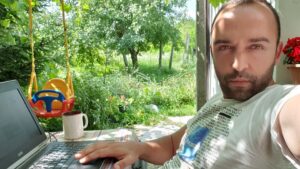 If you keep your savings in the bank, you need to read this!

Tired of getting near-zero interest on your savings? Stick around and we will reveal some alternatives and exactly what we are working 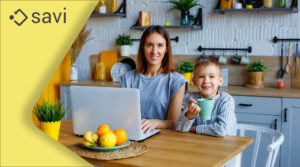 How sustainable investing & crowdfunding can improve your life

The world of investment is full of jargon that can be overwhelming and off-putting. But investing can be fun and even more